Important Customer Notice: Behind the Wheel Scheduling and Covid Updates.

Sleep Deprivation Could be as Risky for Drivers as Alcohol

This recent study by the AAA Foundation for Traffic Safety in Washington, D.C., found that drivers who drove after less than four hours of sleep were 15x more likely to get in a crash than drivers who had a full eight or more hours of sleep. The "crash risk" for these sleep deprived drivers was similar to that of a driver with a .12 blood alcohol concentration, which is well over the legal limit of .o8.

Our students are always shocked when we teach them how much a lack of sleep impairs brain function. We talk about how sleep deprivation impairs judgement and slows decision making, just like alcohol. And for many teens, sleep is becoming more scarce as they are staying up later to play with phones and screens in their bedrooms.

So the moral of the story is... if you want to be a safe and responsible driver, be just as careful about getting enough sleep as you do about not drivng under the influence.

At Elite Driving School we are dedicated to offering you top quality, flexible, and fun driving instruction at a great price. We proudly serve Richfield, Minneapolis, Bloomington, Edina, St Paul, Eagan and the surrounding areas..... 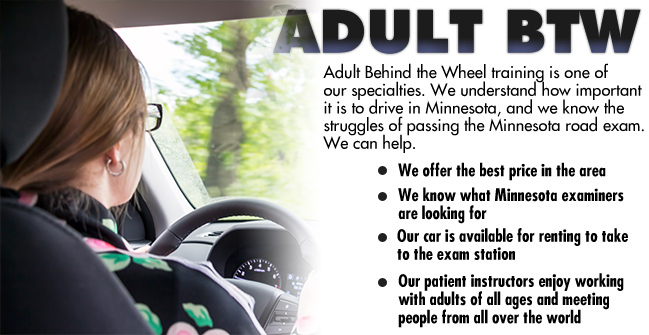